Ben completed his postdoctoral formation in Molecular Biology from Harvard University in 2007 after receiving his PhD in Medicine from McGill University in 2004. This training was subsequently applied to the study of host and pathogen interactions, with a focus on the molecular biology of virus infection.

In August of 2007, Dr. tenOever joined the Icahn School of Medicine at Mount Sinai as an Assistant Professor of Microbiology. He is now a Fishberg Professor of Medicine, an Icahn Professor of Microbiology, and the Director of the Virus Engineering Center for Therapeutic and Research (VECToR) at Mount Sinai. He is a 2008 Pew Scholar, a recipient of the 2009 Presidential Award in Science and Engineering, a 2010 recipient of the American Society of Microbiology Young Investigator Award, a 2011 Cozzarelli Prize winner, and he received the Burroughs Wellcome Award for Investigators in the Pathogenesis of Infectious Disease. From 2012 to 2013, he was honored with Outstanding Young Investigator Awards from the American Society of Gene and Cell Therapy and the American Society of Virology. He was also named a finalist for the Vilcek Award for creative promise and served as a US Ambassador of Science in France as a Distinguished Chair of the Fulbright Commission in 2015/2016. Most recently he was honored with a 2017/2018 Innovator Prize by the Pew Charitable Trust.

Non-cell autonomous disruption of nuclear architecture as a potential cause of COVID-19 induced anosmia. 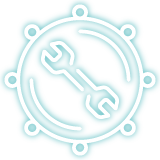 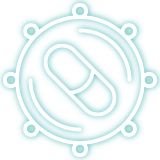